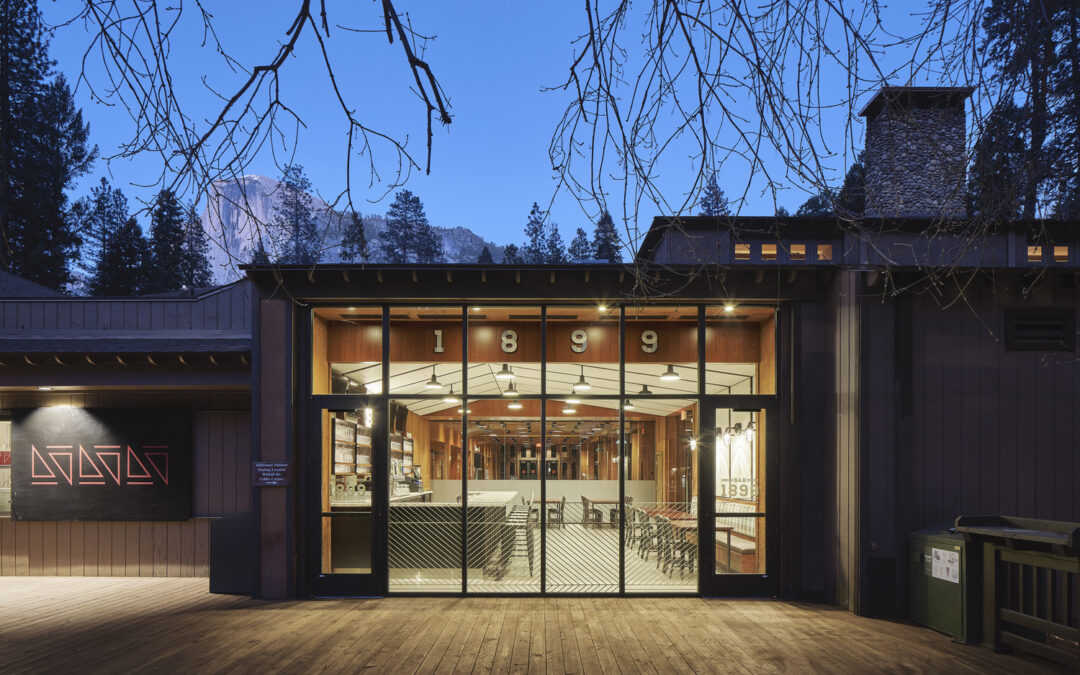 Gould Evans rebrands as Multistudio, but stays the course as a design practice committed to community.

Gould Evans has always been about multiple disciplines. Known by many as an architectural practice, the Phoenix studio—located in the downtown Warehouse District—has also included interiors, graphics, branding and planning. In May, the Phoenix location and four other locales nationwide were rebranded as Multistudio, a change that the Phoenix studio’s principals embrace wholeheartedly.

“We’ve been an employee-owned company for about 18 years,” explains interior designer and principal Melissa Alexander.  “Our founders, Robert Gould and David Evans, have retired, so this transition was already in place.”

“The new name reflects the multiple disciplines in which we work,” notes principal and architect Krista Shepard, AIA . “Our work has layers, and there are multiple publics that we serve.” Agrees architect and principal Melissa Farling, FAIA, “The new name gives us a framework that allows for other opportunities and challenges.”

Architects Gould and Evans, classmates at the University of Kansas, launched the company in Lawrence, Kansas in 1974. Business grew, and other offices opened, including Phoenix in 1996. Now with a group of 26 colleagues and helmed by Farling, Shepard and Alexander—one of the few Arizona multidisciplinary architectural practices led by women—the Phoenix studio continues to forge ahead in public-sector work.

Like everyone else, Multistudio Phoenix had to pivot during the pandemic, sending everyone to work remotely with computers, IT assistance and even loaner office chairs from Goodmans. Being a hands-on, collaborative work culture, the colleagues managed to even construct models by building them piecemeal and dropping them off at team members’ houses and apartments. “It demonstrated our scrappiness,” recalls Alexander. “We figured out a way to work around obstacles.”

Currently, the practice is largely in-person, but includes hybrid approach with some working remotely.

Pandemic or not, the studio’s work kept going. Central Station broke ground in downtown Phoenix. It’s a mixed-use transit center that includes a 22-story student housing tower, a 33-floor apartment tower, retail, office space and the city’s transit headquarters. Work is also underway for the Maricopa County Southeast Justice Courts and Adult Probation in Mesa, a consolidation of Mesa and Gilbert courts. Multistudio’s South Central Transit-Oriented Development Planning and Business Assistance plan for the City of Phoenix has been approved, a project that aims to coalesce community massing, zoning, housing typologies and improvements for neighborhoods south of downtown between 7th Street and 7th Avenue. The studio also worked with Aramark on multiple food service facilities for Yosemite National Park, helping the concessionnaire with everything from the RFP, graphics and branding to the architecture and interior design.

Peers noticed. In the past few years, the studio has added more awards to its display shelve. The Southeast Justice Courts project won an unbuilt Arizona AIA award in 2019, while one of their most recent high-profile projects, the Salt River Pima Maricopa Indian Community’s justice center, won a national AIA Honor Award. The Aramark-Yosemite project was recognized with an IIDA Southwest design award, and the studio picked up a graphic award for their work on creativeflagstaff.org, a nonprofit that supports Northern Arizona’s arts, science and culture.

On the boards, Multistudio Phoenix is working on a behavioral health project that includes both treatment and housing on a residential scale. “The project is meant to fill the gap for people oscillating between homelessness and the justice system,” notes Farling. In Kingman, the group is developing an electric vehicle museum in a repurposed building, meant to spark the city as well as continuing interest in Historic Route 66. Near their offices, the design team is repurposing two historic brick buildings—one a restaurant, one a grocery store—into food and beverage venues to serve the growing residential units in the Warehouse District. There’s also pro bono work—a new art venue for ArtLink, the downtown Phoenix arts organization, and a development featuring affordable housing for South Phoenix.

“We are so interested in the tactile and tactical projects that help the city’s fabric,” says Shepard in summary. “Our thread of work here is diverse, but it is all about creating cities and community.” The new name, Multistudio, is fitting.