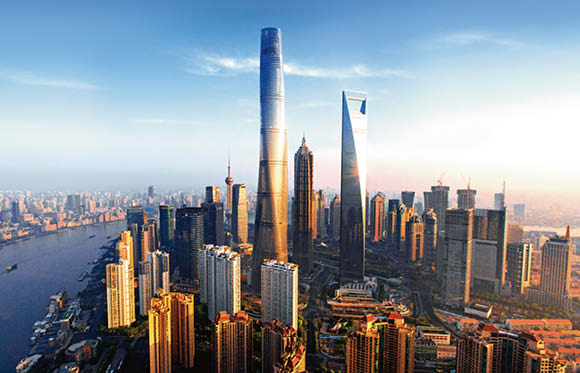 Armed with an architecture degree from Cornell, Art Gensler and his wife, Drue, left New York for San Francisco in 1962. Gensler quickly found his footing in the Bay Area’s architectural community, working for noted residential architect William Wurster. But he had an itch to do his own thing and launched M. Arthur Gensler Jr. & Associates, Inc. (gensler.com) in 1965, with an associate, James Follet, and Drue tapped to handle the books. They had a one-room office with one draftsman and a whopping $200 in the bank.

Their first projects? Doing office interiors for the city’s high-rises, an aspect of design that was largely ignored at the time by most architectural firms. But the scrappy little company quickly found its niche in this new architectural discipline—tenant development—and Gensler got his first big break in 1967, getting the commission to do the interiors of Bank of America’s new San Francisco headquarters.

Art Gensler, FAIA, passed away on May 10, 2021, at the age of 85, but he lived long enough to see his company become the biggest architecture firm on the planet. With 50 locations, ranging from Abu Dhabi and Paris to San Francisco, New York, and Phoenix, the company serves more than 3,500 clients around the globe, employs some 5,000 people, and posted worldwide revenue through the fiscal year 2020 of $1.55 billion.

Yet despite its size, the firm is not just one corporate behemoth. Each location is unique and connected to its community, responding to client, climate, site, and culture. “Art’s founding principles established our one-firm firm philosophy—that we are one seamless and integrated Gensler family around the globe,” says Gensler Co-CEO Andy Cohen, who started with the firm some 40 years ago. “He thought of the company as a ‘constellation of stars,’ celebrating our diversity of perspectives, experience, and expertise. The firm, he always said, was not about him, but about all its people moving forward together, through thick and thin, in the same direction.”

Moving forward together started early for Gensler and his then-small team. By the early 1970s, the company was readily getting commissions outside of California and opened up its second office in Houston, when it was tapped to do the Penzoil headquarters in that city.

Other offices soon followed, including London in 1988, Gensler’s first location outside of the United States. And the work quickly expanded beyond interiors—airports, hotels, stadiums, office towers, museums, corporate headquarters, and retail jobs came at a steady pace. While a list of projects could fill a book, a few more notable ones include the 128-story Shanghai Tower—the second tallest building in the world, San Francisco International Airport’s terminals, 18 million-square-foot CityCenter in Las Vegas, and, for those who remember falling into The Gap, Gensler was retained by The Gap to coordinate the jeans retailer’s stores, graphics, and construction. As always, no project has been out of the realm for the firm. Check out the Room & Board stores, the Absolut Spirits Company’s New York headquarters—complete with a bartender training space—and a paean to puppies, the American Kennel Club’s Museum of the Dog, also in New York.

Art Gensler, who stepped down as chairman in 2010, enjoyed his six-plus-decade-long career in architecture almost to the end of his years. Prior to the pandemic, he still dropped in on each of the offices to connect with employees, even though he was no longer involved in the firm’s day-to-day operations.

Though he’s gone, the principles he established for the company still stand. Putting clients first, using an “inside-out” approach to design that focuses on the users, collaboration within the firm, encouraging employees to pursue personal passions, and giving them a financial stake in the company through profit sharing and shared equity—all were groundbreaking for an architectural firm when they were introduced by Gensler.
“Art’s legacy on the industry is in how he elevated the interior design profession and drove innovation across an entire industry,” says Diane Hoskins, Gensler Co-CEO. “His vision for our firm was that, together, designers and clients can solve the world’s biggest challenges. This has never been more important than it is right now.”

Not bad for an architect and his scrappy little firm with big dreams that keep growing.